This is part of my 2021 project where each month I choose a recipe from the current issue of Bon Appetit and make one of the dishes, trying as hard as I can to do it exactly the way the recipe says. A real challenge for me.

This month I chose Beef Stroganoff from page 22 of the April 2021 issue of Bon Appetit.

A commenter on BA’s website, who didn’t even make the dish complained “This might be beef stroganoff, but there ain’t nothing russian about it.” (yeah, he didn’t even capitalize Russian). The rest of the comments were talking about how rude this guy was. So of course, I was intrigued and I had to look up real Russian “beef stroganov”.

I guess I’m the idiot, I didn’t even know it was a Russian dish, and I have Russian heritage! I think of it as being similar to Swedish Meatballs, so I assumed it was Scandinavian.

Anyway, the commenter said that there should be no tomatoes and should not be served with rice or pasta because they didn’t have wheat in the peasant fields of Russia. Then he spelled “umami” wrong. So take that with a grain of salt.

The “real” recipes I found did have tomato and were served on a starch.

So, I made this and long story short (too late) it was amazing. 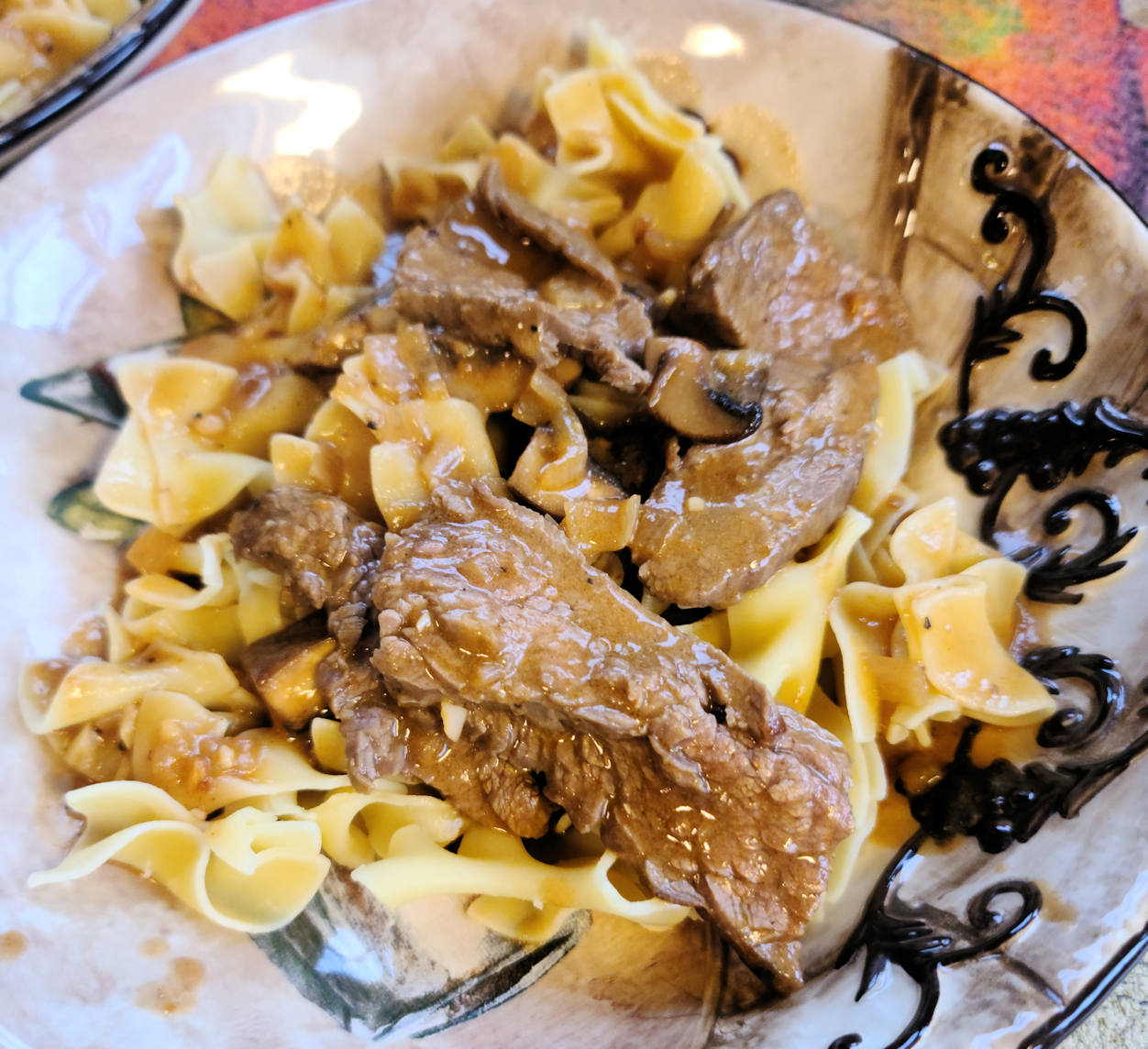 We could not find a one-pound skirt steak only a two-pounder and it was $25! But we bought it and Greg cut it in two, saving one pound for later.

Here’s the prep for it. I chose to get everything ready in advance (mis en place).

For this recipe you cook the meat whole, let it rest, and cut it into strips at the end just before you put it back in the sauce to warm it up. Or in our case, cook it through. Haha, mine ended up a little rare, even though I cooked it the time allotted per side (yes, I even timed it…with a timer!)

These mushrooms were amazing.

I served this with steamed broccoli.

Look at that beautiful sauce. 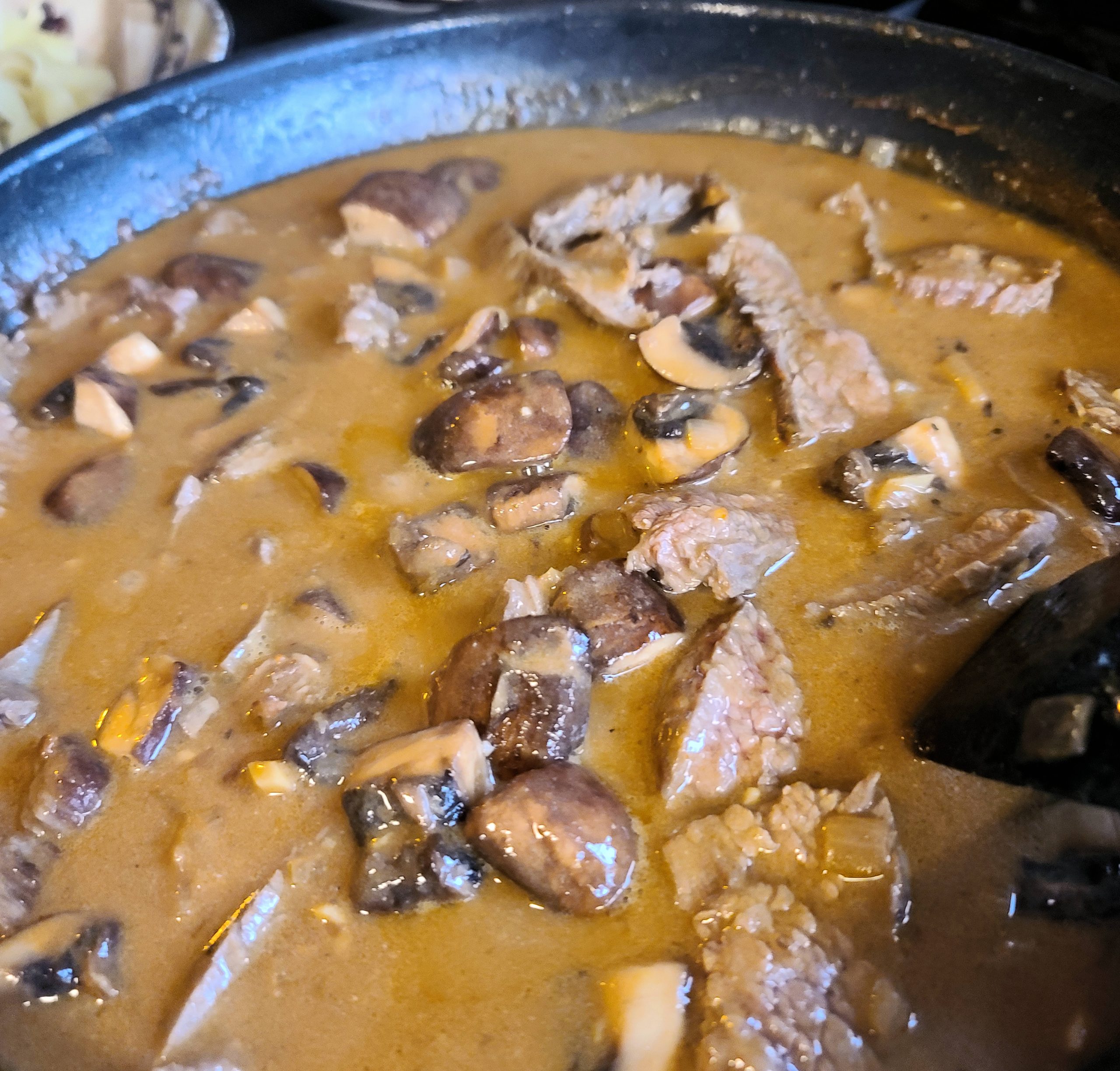 This was a winner!