I went to college at the U of MN in the late 80s. I think it’s safe to say I was addicted to these subs. Note that I DO know that a sub is cold so these are technically “hoagies” but the restaurant was called “Big10 Subs” and they called them subs, so…that’s what I’m sticking with.

I ate these at least twice a week when I lived in the dorm nearby even though I was poor. I kept $2.50 in a hidden pocket in my jacket so that I would always have enough for a sub when I needed one.

Well that restaurant has closed. But the Hopkins location was taken over by a restaurant called Thirty Bales. This place still makes these sandwiches and sells them in their restaurant. On Mondays though, you can order them and go pick them up! We did that a week or so ago. (they’re $7 now)

Since we’re a fair distance from Hopkins they weren’t terribly fresh by the time we got home. But they were still pretty damn good. 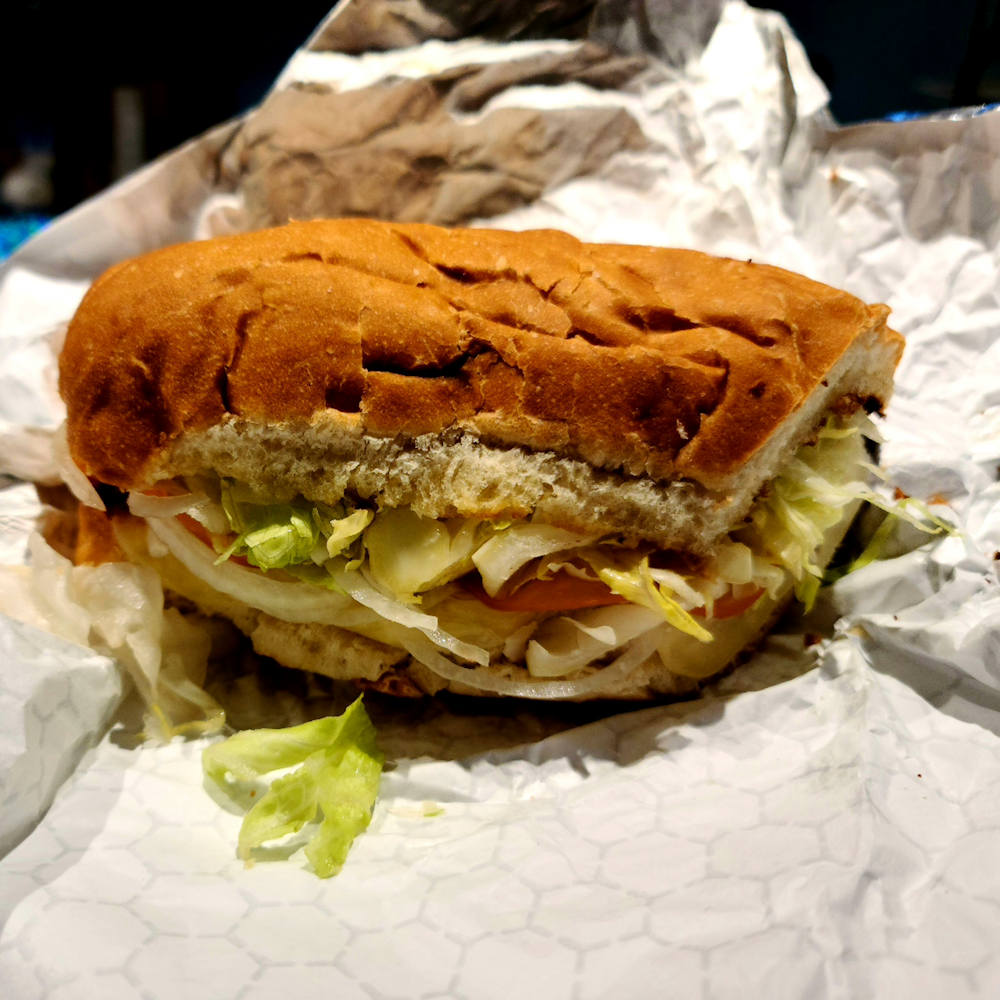 But it inspired me to copycat their subs and make them at home.

The bread is a very important part of the hoagie for me, so while these were really good, I would say this is probably the only part I would change up or try to improve on mine.

If you prefer to use CopyMeThat, it’s here.

Sandwich oil: Or you can buy this pre-made

Make the Sandwich Oil ahead of time. I did it only a few hours ahead but it was a lot better a couple days later when we made these a second time.

Just add all the ingredients together and shake in jar or bottle. Season to taste with salt and pepper.

Make the garlic butter ahead of time too if you can. Melt the butter and toss in the minced garlic. If using unsalted butter add some salt. That way you can keep it on the counter for a few days.

If the hoagie rolls aren’t already sliced, do that. It’s OK to cut all the way through. Butter the bread.

Place the buttered bread into the toaster oven butter side up, of course.  (I’m sure you can do a regular oven too, I just find a toaster oven easier to keep track of and regulate the time). Watch it closely as it goes from “not done at all” to “burnt”.

Take out the bread and set the tops aside to cool (best if it’s on towel so that the condensation doesn’t make them wet.

You’re going to build the subs on the bottoms of the bread.

Lay down the meat first and put the subs back in the oven for a few minutes just to heat up the meat.

Pull them out, add cheese. I just use one piece of cheese broken in half. But I think two would be better. Slide those puppies back into the oven to let the cheese melt.

Meanwhile slather some mayo on the tops of the buns.

Pull the bottoms out and lay down the onion and tomato on top of the melted cheese. Drizzle the oil over that.

Grab and handful* of lettuce and slam that top on. Hold it there for a bit so it doesn’t all fall apart. Stick a toothpick in, if it seems like it’s going to fall apart.

*it’s not a Big10 Sub unless there’s a salad left on your plate when you’re done with the sandwich.

Greg made them again a few days later, he toasted the buns in the pan instead of the oven. But otherwise used my method. 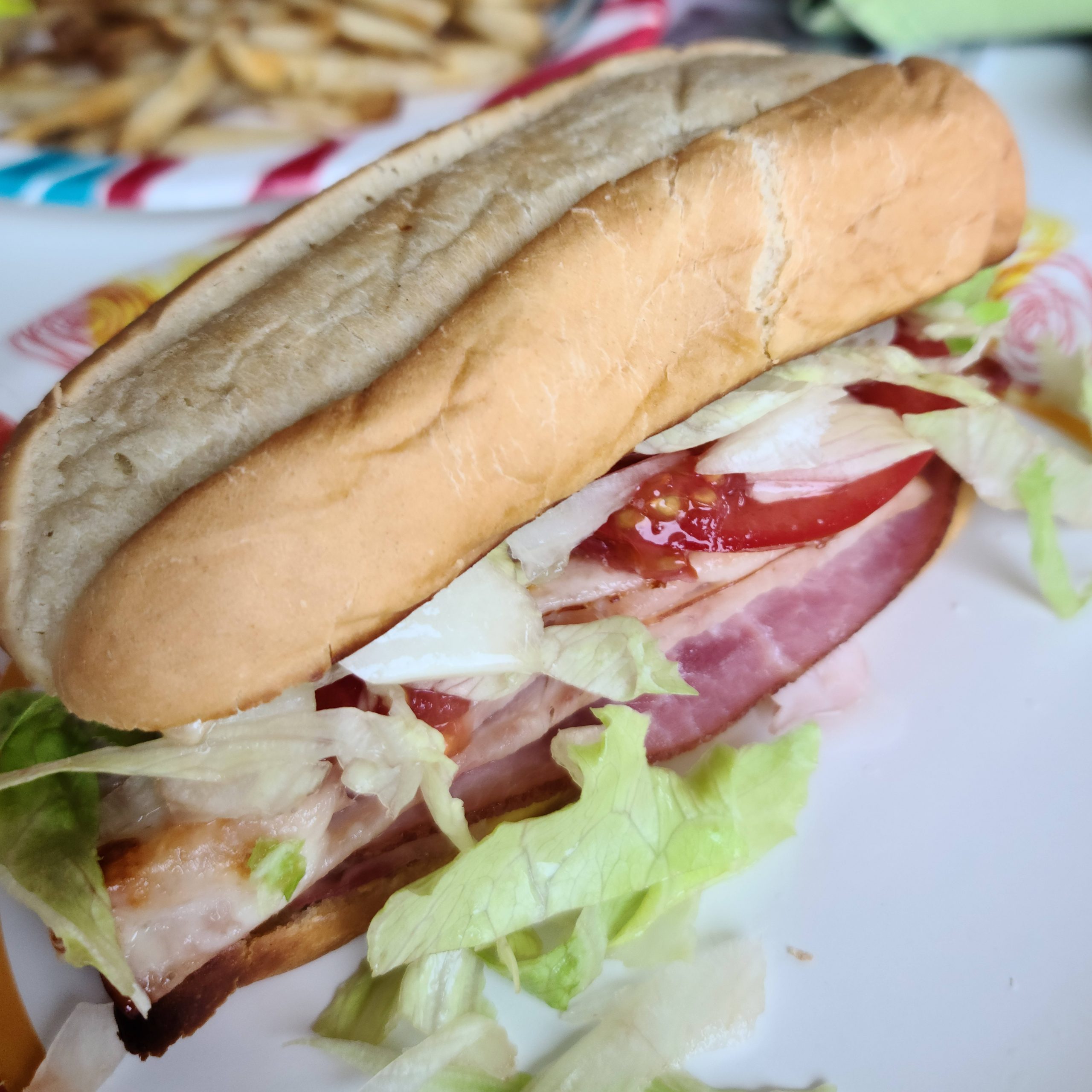